SunsetWx has grown considerably over the last several months. The biggest addition is our RESTful API, which has been built to serve thousands of requests per second. Currently, the API serves the following parameters:

For both sunset and sunrise forecasts, we serve the following:

Our API serves requests via GeoJSON: A sample request is provided below: 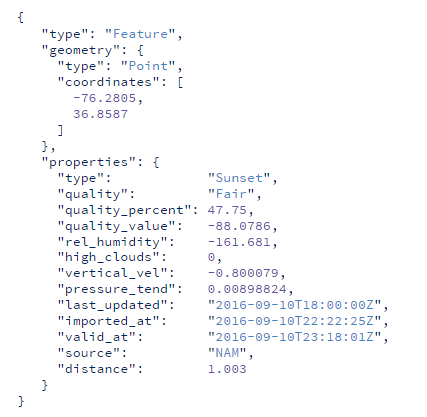 For more information about using the API, please visit: sunburst.sunsetwx.com/v1/docs